The Hunter | Narrator of the tales 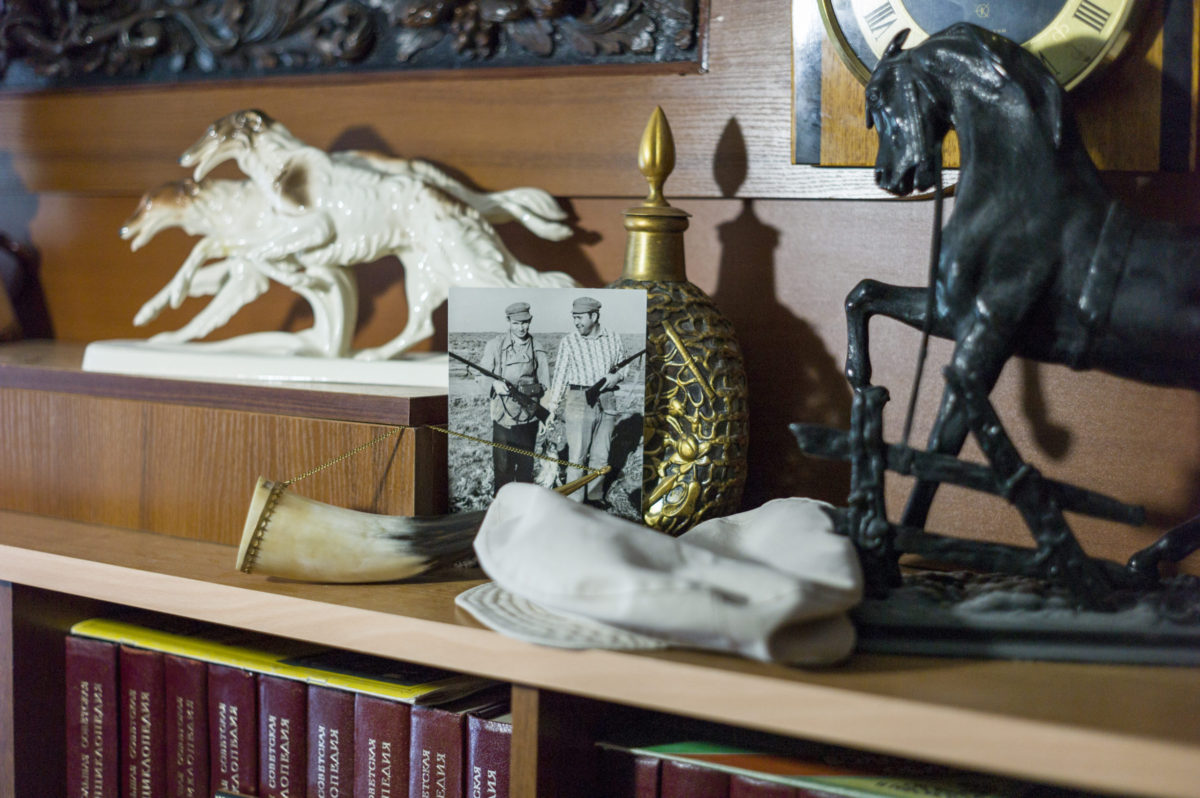 My grandfather had a great influence on me, especially on my formation. If my father influenced to my choice of engineering profession, then my grandfather determined my creative development. So it happened that in my childhood, during the dashing 90s and not rich 00s, I spent most of the weekends and even some part of the my summers with my grandparents and in my student days I completely moved to them.

Materikin Vyacheslav (short forename – Slava – “Glory”) Ivanovich (1937-2013) was born in Stalingrad, in a Cossack family. His father – Ivan Materikin – my great-grandfather, was a Cossack and a stove-maker by profession, and his mother was a descendant of German settlers – Rose Gebel. She was a descendant of those Germans who established their colony in the Volga region, in the 18th century . The small German quarter still stands in Volgograd, formerly known as the town of Sarepta. Since then, several houses have been preserved that make up the square. The old kirche with a small organ was also preserved.

Great-grandmother and great-grandfather lived a long life. I should be saw my great-grandmother at a very young age. My grandfather’s childhood was difficult and wartime: my grandfather survived in the Battle of Stalingrad, and on the war time he lived on the river island like many saved childrens (about it isle which I wrote earlier). After the war, he graduated from college and worked for a short time as a radiotechnic about servicing planes during the Korean War, but he worked only those planes who returned to their homeland or vice versa were preparing to fly. For most of his life grandfather was a graphic designer and landscape painter for the soul. Closer to retirement (and most of my youth) he made furniture for home and on order: a great number of awesome furniture remained on my house, as well as wooden crafts.

Grandfather’s life was devoted to creativity, however, this didnt him to prevent from being a boxer in his youth. Truely, he leave boxing before surgery on his stomach. Its happend because of his hungry childhood: he developed an ulcer that healed safely before I was born. After the operation, he was treated in a sanatorium in Karlovy Vary (Czech Republic) and grandpa brought a lot of books, vases and of course sketches from there.

During 90s my grandfather and his comrades organized a workshop and began to make furniture. This continued until he was left alone in the studio, after which he was unable to pay the rent (it was already in the middle of the 00s). The termination of carpentry was also affected by age and moving to the city center – closer to my mother, his daughter. After moving, I began to live with my grandparents on an ongoing basis.

Grandpa was a hunter until 1995 – until retirement, in fact. Unfortunately, hunting is now an expensive pleasure, especially without a car. Grandfather did not combine hunting and painting – he went to the open air separately and to other places.

After the age of 70, grandfather no longer painted outside the house / workshop. Even having a summer house, to grandpa was difficult going somewhere – the wooden sketchbook weighed a lot, and there were simply no roads in many places. He came up with a unique way out: he gave me a digital camera (the first digital camera in our family). I had to take pictures of nature, and after which he would draw from photographs at home. Photography replaced the sketch. Grandfather continued to draw literally until his death, which for me is a good example of dedication.

For him hunting has always remained a hobby unlike painting, carpentry and design work. As trophies, the horns of a saiga and a mountain goat still hang on the wall. There were still deer horns, but they had to be sold, since they took up a lot of space and were poorly attached to the wall because of their weight. By the way, saigas are now Red Book animals, and the reason for this is poachers and unregulated hunting during “saints” 90s.

Grandpa compiled this album already in retirement and, unfortunately, he himself did not take photographs during his travels. In the days of the Soviet Union there were many photo clubs where they taught to photograph and show / print photos, but, unfortunately, there were almost no photo laboratories where it was possible to develop and print with the help of someone and for money. Not all people were photographers, since the development and printing process is laborious and requires skills. I tried to develop the 35mm film, but I think that the laboratory makes develop more than acceptable option and especially to a color film.

In conclusion I want to say that the great thing is to remain after yourself what your descendants can use in future, whether it is experience or something material.